Send Us Your Reviews!

Have you read a book you enjoyed and want to spread the word?

Build On These Simple Guidelines To Create A Great Review! You may send written or video reviews: please limit to 300 words or 3 minute mp3 format and include how you would like your name to appear on the review.

Reviews that are engaging and cover all the bases, written or recorded, will win fun prizes from local shops.

If you would like us to include a photo, please attach to your email. Photos should be in .png format

Email your review and photo/video (if you choose to) to readersreviews@oswegobookmobile.com

Keeper of the Lost Cities

Keeper of the Lost Cities by Shannon Messenger

As a 12 year old girl, Sophie Foster is anything but normal. She’s in her senior year at
high school, she beat a 5th grader in a spelling test when she was only in kindergarten,
and she has been able to read minds since she was 5. One day while visiting a
museum with her class, Sophie meets another one, one who is just like her, and who
shows Sophie the elvan world. Suddenly Sophie's life takes a major turn and her past
life is left in the shadows while she takes the role of the most powerful elf ever known to
the elvan world. But as time goes on Sophie soon realizes her new world isn’t as perfect
as it may seem. I love the Keeper of the Lost Cities series with exciting plot twists,
awesome characters, and beautiful friendships. This book by Shannon Messenger is
just so heart- warming and such a wonderful read, as well as all the other books in her
series. Besides the Keeper of the Lost Cities series Shannon Messenger has also
written the book series SkyFall. 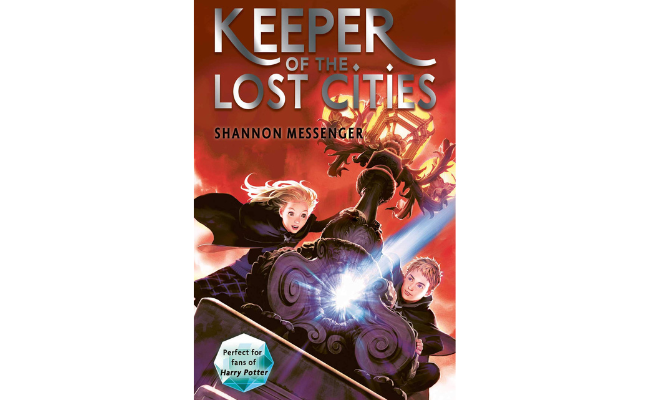 This heartwarming coming-of-age novel follows the trials and tribulations of eleven-year-old Anne Shirley as she navigates her new life on Prince Edward Island. Stubborn, passionate, and outrageously imaginative, Anne can’t help but make one hilariously tragic mistake after another. However, you’ll soon find yourself rooting for her as she slowly learns to accept herself (red hair and all!), picking up a whole host of “kindred spirits” along the way. Filled with intensely relatable characters and memorable life lessons, this story can pull you out of the “depths of despairs” or simply just bring a smile to your face. Read it again and again; I certainly have! 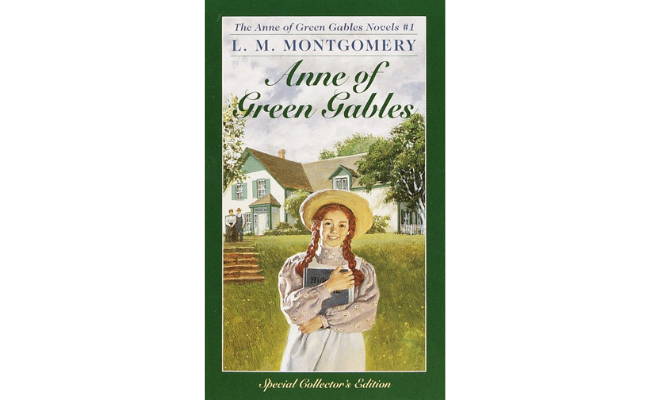 This captivating fantasy novel by Victoria Aveyard focuses on a teenage girl living in a dystopian society separated by class systems determined by blood type. Race and class discrimination took place in the country of Norta, and the main character, Mare, experienced the worst of the  lower class discrimnation. The country was divided into the people that were born with silver blood and magical gifts, known as the ‘Silvers’ and lived as nobles, and then the lower class of humans that did not obtain power and had red blood, referred to as ‘Reds’. Yet one day, Mare discovers she had special abilities just like silvers, yet still had red blood, opening a door of discovery all over the kingdom of an alike population soon considered ‘Newbloods’. With the new race appearing in the country, and the start of a rebellion by the Reds, may Silvers become threatened. Victoria Aveyard maintains a thorough skill of entrancement within her writing, including a plot line that makes the reader never want to set the book down. Red Queen is a wonderful start to the quartet series written by Aveyard. 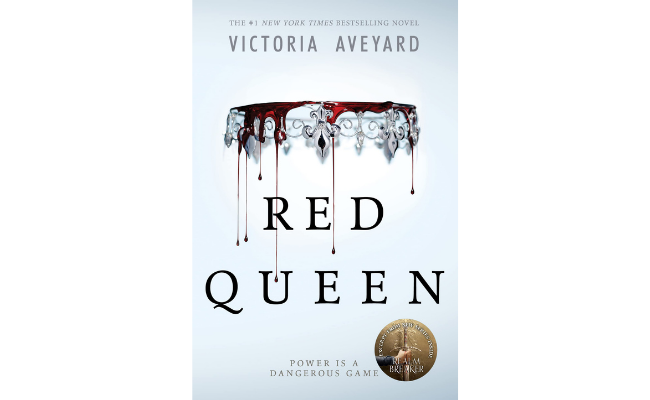 The Sun Is Also A Star

The Sun Is Also a Star by Nicola Yoon

This fast-forward love story is set in New York City, over the course of just one day.  Natasha and her family are about to be deported back to Jamaica when she meets Daniel, a high school student who is headed towards a make or break college interview.  Will the same fate that pushed them together keep them together?
Nicola Yoon is a favorite author of mine.  Her characters have rich personalities and issues that I can relate to.
Her other novels include Everything Everything, Instructions for Dancing, Blackout, and Meet Cute.
Reviewed by Al 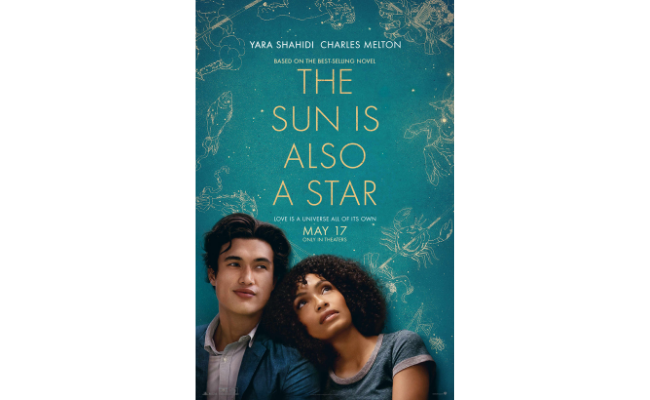 Dune is the tale of a young boy named Paul on the planet if Arrakis. He has to overcome the new desolate terrain of sand, (and giant worms) to survive. Him being the son of the Duke, wishes to unite the people of Arrakis (the Fremen) against his people's enemy, the Harrkonens, in order to save the planet from their rule.
Reviewed by Teigen 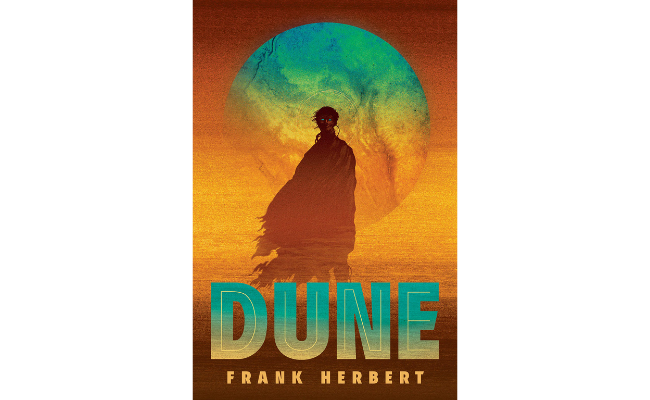 Harry Potter And The Sorcerer's Stone

Harry Potter and the Sorcerer's Stone by J. K. Rowling

Harry is what seems like an ordinary kid, one who lives with his Aunt and Uncle and does ordinary things. But Harry is not ordinary at all. He can make strange things happen at will, things that cannot be explained. One day, a letter reaches Harry which invites him to study at Hogwarts School of Witchcraft and Wizardry. As Harry learns more and more about the hidden magical world that was all around him, he also learns about dark wizards and their terrifying power. All the while, something fishy is going on at Hogwarts, and Harry must solve the mystery before it's too late. The Harry Potter series is a favorite of mine, especially Harry Potter and the Sorcerer's Stone. J. K. Rowling's storytelling is incredible, and keeps readers on the edge of their seats throughout each and every one of her books. Besides the original Harry Potter books, she has also written many spinoff Harry Potter books such as Tales of Beedle the Bard and has even written a Harry Potter stage show titled The Cursed Child.
Reviewed by Sebastian 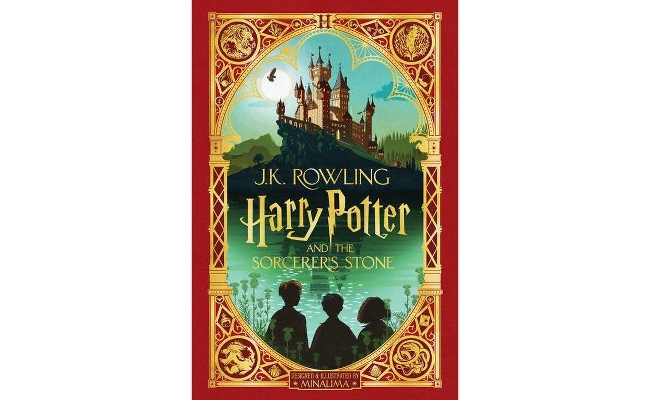 In a world without hunger, disease, war or any human misery of any kind, scythes are the only ones capable of ending life and keeping the population under control. Citra Terranova and Rowan Damisch are ‘blessed’ with the opportunity to begin an apprenticeship under the tutelage of the renowned Scythe Faraday who will teach them the art and humanity that lurks behind the taking of life. Will Citra and Rowan accept their new roles as grim reapers or will the task set before them be too much to bear? Read Neal Shusterman’s Scythe and find out! 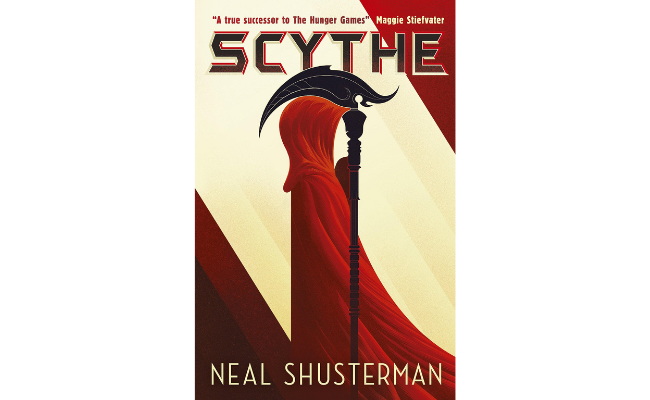